The VOXL 2 IO board requires a host running PX4 running the px4io module, such as VOXL 2. The IO board provides PWM outputs (8) and expands the native Spektrum RC support by adding S.BUS support (and provides passthrough Spektrum as well).

ModalAI built PX4 1.4.18+ is required for VOXL 2 IO and available in from the dev pkg manager package

Airframe selection via QGroundControl is not supported.

The VOXL 2 IO has validated against quad_x and hex_x airframes only. In the current release, configuring the mixer is done manually by editing the /etc/modalai/quad_x_io.main.mix file.

The defaults set by voxl-px4-set-default-parameters.config. Ensure you vehicle is configured correctly.

The Spektrum bind feature invoked via QGroundControl does not work and needs to be ran manually from VOXL2. To enable Spektrum bind:

NOTE: the following feature is still in beta.

For this process to work, you need to have physical access to J1 (PWM output port).

Use with caution, as this will be setting PWM outputs which could spin motors inadvertently.

Using the Sentinel drone with PWM based ESCs as an example:

After you do the next step, you have 10 seconds to connect the PWM cable back to J1.

Here’s the waveform generated over time:

The Firmware Update feature from host to VOXL 2 IO is currently not supported. 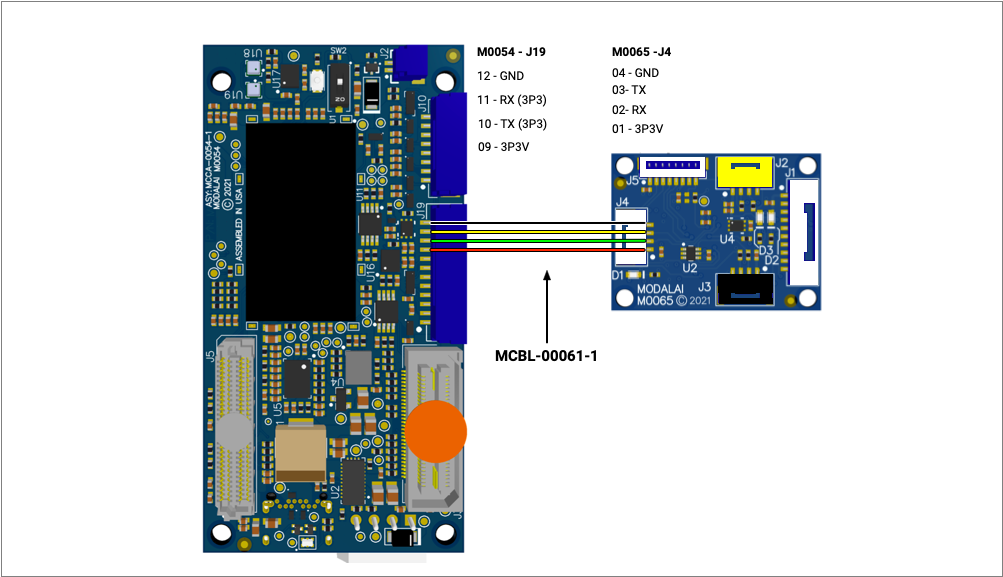 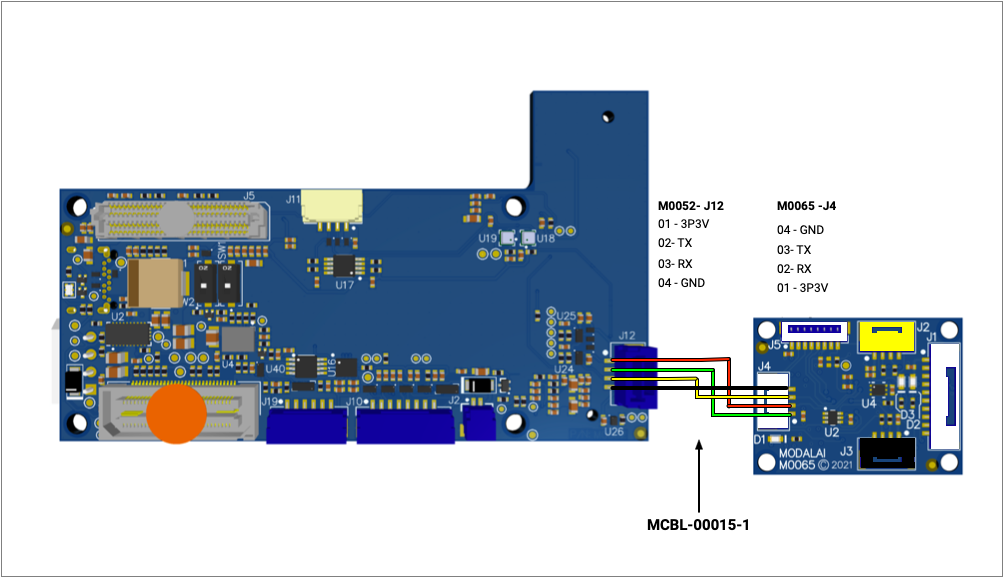 In the following example, the FrSky R-XSR receiver is being used with MCBL-00065-1: 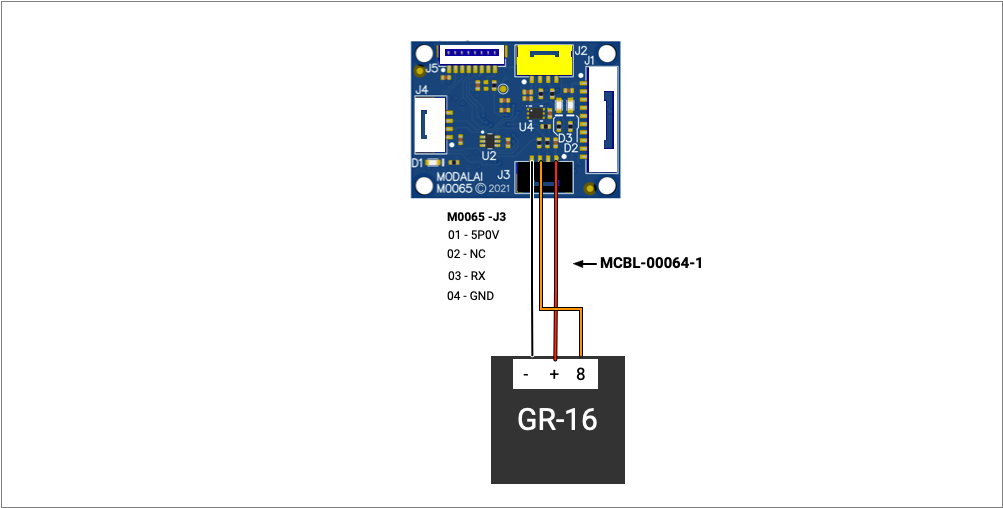 In the following example, the Graupner GR-16 receiver is being used has had it’s channel 8 setup as SBUS with MCBL-00064-1: 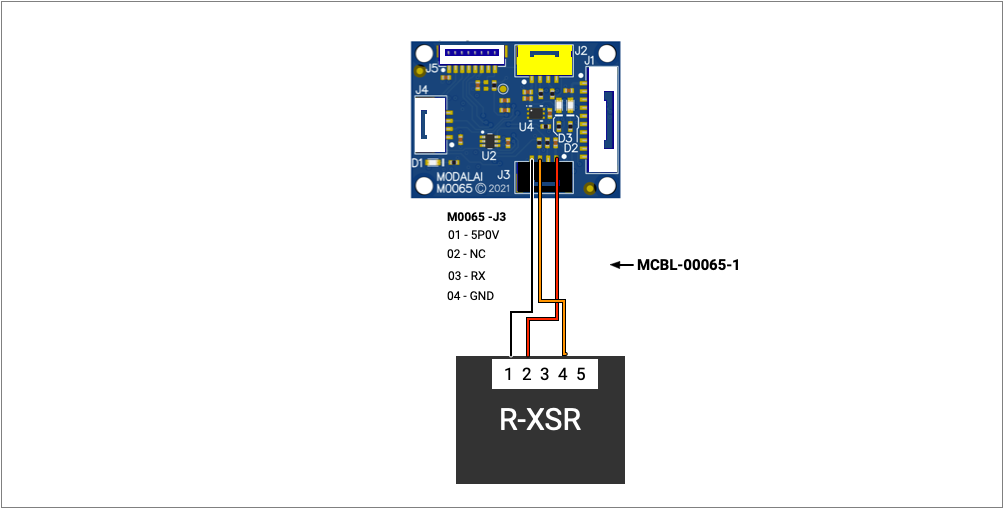 In the following example, the Spektrum SMX-SPM9745 receiver is being used with MCBL-00005-1: 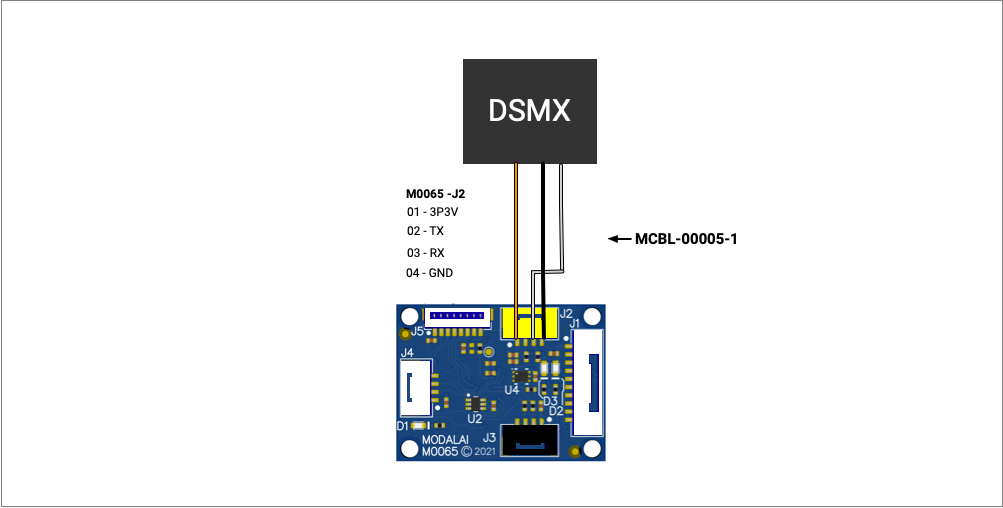 In the following example, the PWM Breakout Board (MCCA-M0022) and cable (MCBL-00004-1) are used to expose PWM based actuation: 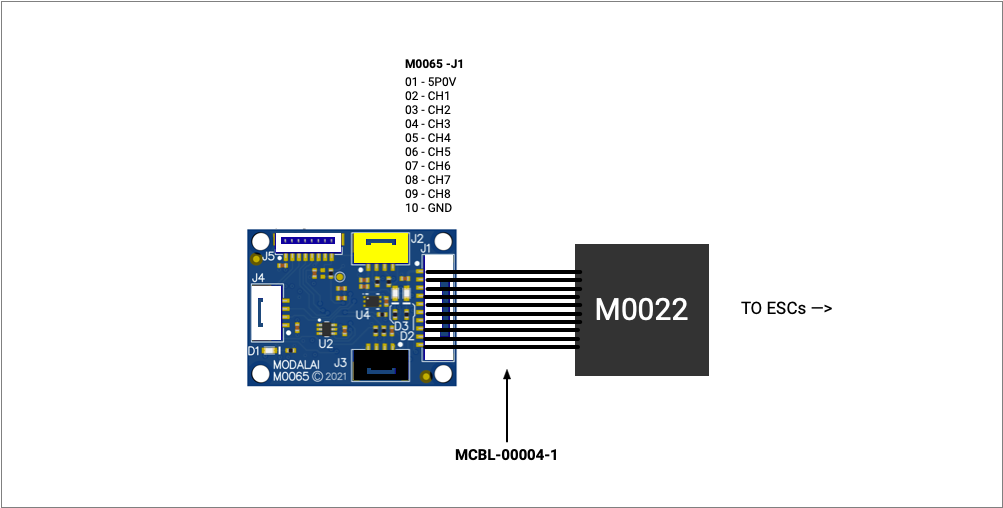 The VOXL 2 IO board can be in the following modes accompanied with a unique LED pattern.

For the first 200ms after power on, the VOXL 2 IO is in bootloader mode. The serial firmware update could be performed during this time.

Note: this mode is very short lived an almost not perceptible to the eye.

When the system is running and communications with VOXL 2 have not started and it is waiting, the following LED pattern can be seen.

When the system is running, the following LED pattern can be seen.

When the system is in firmware update mode, the following LED pattern can be seen.

When communication errors occur, the following LED pattern can be seen.

Note: early RB5 based releases showed this mode when acting as an RC passthrough.